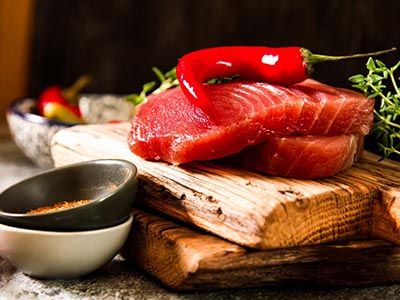 The Spanish Agency for Food Safety and Nutrition (AESAN) has tightened its recommendations on the consumption of fish which is considered to have high mercury content, such as bluefin. The new advice follows data from scientific publications and studies pointing that mercury concentrations in the Spanish population are higher than in other European countries.

The Ministry has distributed, in collaboration with the regional health authorities , 40,000 posters with the call to pregnant women and children under 10 to avoid bluefin, swordfish, pike, and shark. Children between 10 and 14 years should limit the intake of these species to 120 gr per months as AESAN informs that mercury may be a neurotoxic in the early stages of development. The general populaton should limit its general fish consumption to three or four portions per week, claims AESAN. For more information about mercury visit Atuna’s Health section.