FAD stands for Fish Aggregating Device, and is a man-made object that is either anchored or drifting freely in the open ocean following the currents.

A FAD can either be made of natural materials like bamboo or logs, or synthetic materials that are attached to a buoy. 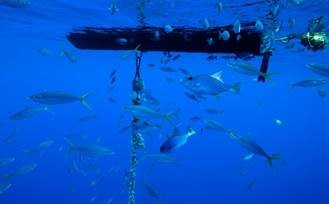 FADs are predominantly used to attract skipjack tuna, and today most have solar powered satellite connected buoys attached to them, so that their exact location can be tracked by tuna purse seine vessels. Most of these buoys also contain a sonar device so fishing companies, via satellite connection, can see remotely how much tuna, and even which tuna species are located under their FAD, as well as at what depth they are located. 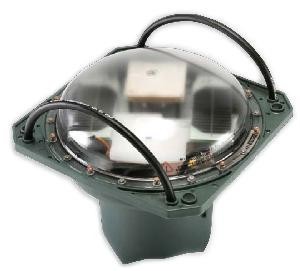 It takes around one or two months for FADs to attract large amounts of skipjack tuna. Setting nets on FADs usually takes place at night or at sunset.

Besides skipjack, FADs can also attract various other species of tuna, and ultimately they dramatically increase the efficiency of purse seine vessels. With the use of FADs, seiners commonly spend significantly less time searching for tuna, and catch more fish per each net set. 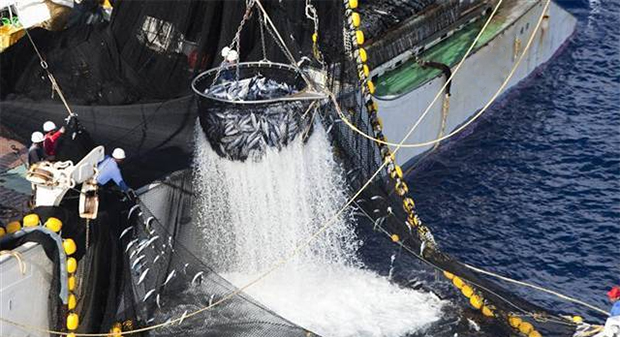 Through the use of FADs equipped with sophisticated solar powered satellite sonar buoys, skipjack fishing has been changed from hunting to harvesting. Technology now allows captains to determine when and where they want to harvest the fish under the FADs.

As well as large skipjack and yellowfin tuna, FADs attract juvenile yellowfin and bigeye tuna, as well as many other ocean species, which are sometimes vulnerable, like sharks and turtles. Eventually a mini eco-system develops under the FAD.

Untargeted species that are hauled on board in tuna purse seine nets are referred to as bycatch. According to the Pew Charitable Trusts, there are an estimated 10,000 new FADs deployed in the world’s tropical oceans every year, and 50 percent of the world’s canned tuna is caught using them.

At any time, over 100,000 FADs are drifting or anchored globally.

The WCPFC assessed the catch of juvenile bigeye tuna on FADs in the Western Pacific Ocean, and showed that since the 1960’s when the method was non-existent, this bycatch of baby bigeye rocketed to nearly 80,000 tons yearly by 2010.

FADs are constantly becoming more efficient, and over the last 20 years, tuna fishermen have developed them from simple bamboo rafts to hi-tech floating objects using the latest advanced technologies that can be tracked from anywhere in the world. Using this fishing companies can monitor the marine life around a FAD and decide if and when it’s worth sending a vessel to its location. 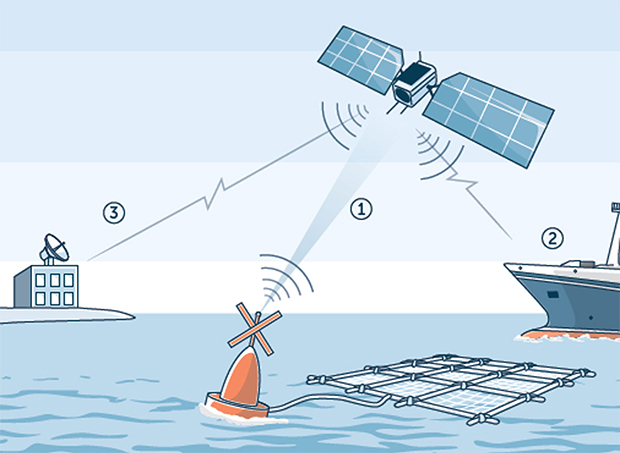 When free-floating FADs and buoys drift out of the operational area of the fishing company they are often given up on and end up as ocean waste. Increasingly FADs and buoys are constructed from bio-degradable materials, and are also known as eco-FADs.

Up until the last few years there was limited regulations controlling the use of FADs, and no rules on governing how or when to remove them from the oceans.

Today however progress is being made, including limits on FAD use in the Indian Ocean, FAD-ban periods in the WCPO, and the most recent implementation of FAD tracking and charging trials in the PNA tuna fishery.

Free school fishing or FAD-free fishing means fishing on a free swimming school of tuna without the use or association with FADs.

As well as free-school purse seine fishing, pole and line or one-by-one tuna fisheries can also be FAD-free fisheries.

However, pole and line fisheries can also be associated with FADs, mostly anchored. 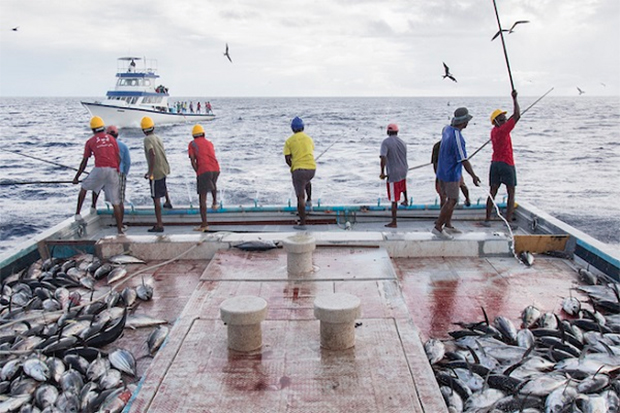 In free-school purse seine fishing, mature skipjack tuna and also mature yellowfin tuna tend to group together to hunt for large shoals of sardines, anchovies or mackerel. Due to the high swimming speed and hunting behavior only mature fish make part of such a school.  A purse seine vessel will locate such a school and set their net.

Free school fishing means that predominantly mature skipjack tuna are being caught, as schools often attract mature fish or fish of the same sizes. Very few juvenile tuna are caught in schools, and almost no juvenile bigeye and yellowfin. Hunting on tuna schools is a more time and fuel consuming method.

It can be difficult to detect tuna schools. Using satellite information about currents, nutrients in the water, water temperature, and the use of look-outs, helicopters and strong binoculars are used to visually spot tuna schools, and this can only be done during the day.

Birds swimming over schools of fish, or feeding tuna that break the ocean surface can be key ways in detecting tuna schools.

Unlike tuna under FADs, schools can be very dynamic and mobile, which makes it much harder to circle the net around them.

Often the largest attraction in targeting free schools of tuna is the large size of the fish, making them of much higher value. Secondly, this is seen as a much more sustainable method than purse seine fishing using FADs.

Four specific criteria that a set must meet before it can be labelled as free-school caught or FAD-free, are:

FAD-free fishing, according to the highest sustainability standards,  can be a complex process, and as a result requires an independent observer on board, and a detailed traceability scheme OR Chain of Custody (CoC), to ensure that it is carried out correctly and not mixed with FAD-caught fish on board the vessel or throughout the at-sea supply chain. 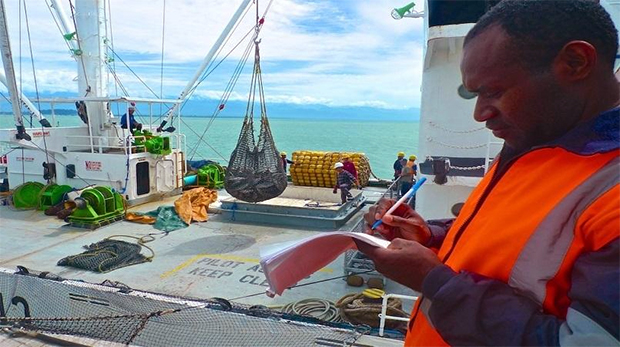 A reliable CoC or supply chain starts with the monitoring by a specially trained observer at-sea, which reports to an independent authority, and continues once the fish is caught, ensuring FAD-free/free-school catch is kept separate from FAD caught tuna. This not only happens on board of the purse seiner but also on the freezer carrier vessels that often bring the catch from the purse seiner to the final production location.

The eight member nations of the PNA collectively manage the largest purse seine free-school fishery in the world, which is certified as sustainable by the MSC for both skipjack and yellowfin tuna.