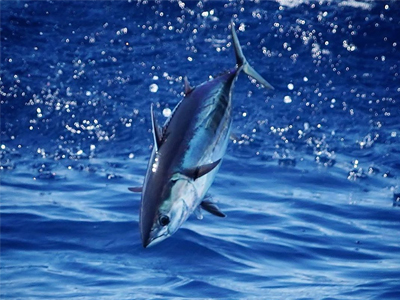 The latest report by the UN shows that tuna is the world’s most consumed and the second most wild caught fish in the world.

The State of Fisheries and Aquaculture (SOFIA) 2020 study by the Food and Agriculture Organization (FAO), states that the marine capture production for skipjack and yellowfin has been steadily growing over the years. As can be seen in the table below, tuna is included in the major wild caught marine species in the Finfish category, the latter representing 85 percent of the total production of all fish and seafood across the globe.

The combined catch tonnage of skipjack and yellowfin reached approximately 4.6 million M/T in 2018. This puts tuna in the second place as the most caught fish after anchoveta, the latter amounting to more than seven million M/T. But most importantly, it shows that tuna is the most consumed fish in the world since anchoveta is mainly used for fishmeal. Alaska Pollock comes next as the most eaten species after tuna.

According to the FAO, the catches of tuna reached such high levels – skipjack at about 3.2 million M/T and yellowfin at around 1.5 million M/T – in 2018 due to growing landings in the Western and Central Pacific Ocean with both species accounting for about 58 percent. 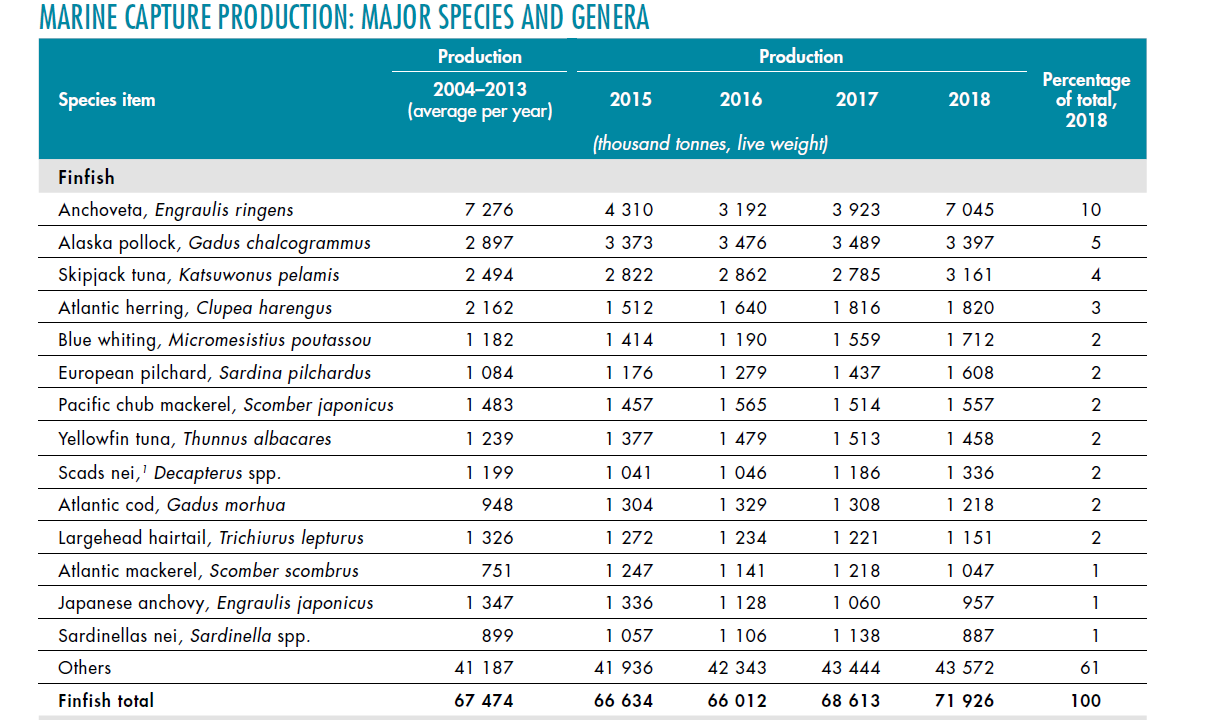 FAO states that total global fish production was estimated to have reached about 179 million M/T in 2018 with a total first sale value estimated at USD 401 billion. Of this, a total of 84.4 million M/T came from marine wild capture fisheries which includes tuna and 82.1 million M/T from aquaculture, according to the. It also claimed that by 2030, fish production is set to increase to 204 million M/T, up 15 percent from 2018.

Per capita consumption has seen a gradual increase over the years with the surge in population growth. In 2018, of the overall total, 156 million M/T of fish were used for human consumption, equivalent to an estimated annual supply of 20.5 kg per capita. The remaining 22 million M/T were destined for non-food uses, mainly to produce fishmeal and oil.

"Fish and fisheries products are recognized not only as some of the healthiest foods on the planet but also as some of the less impactful on the natural environment," said FAO Director-General Qu Dongyu, emphasizing that seafood plays a more central role in food security and nutrition strategies at all levels. 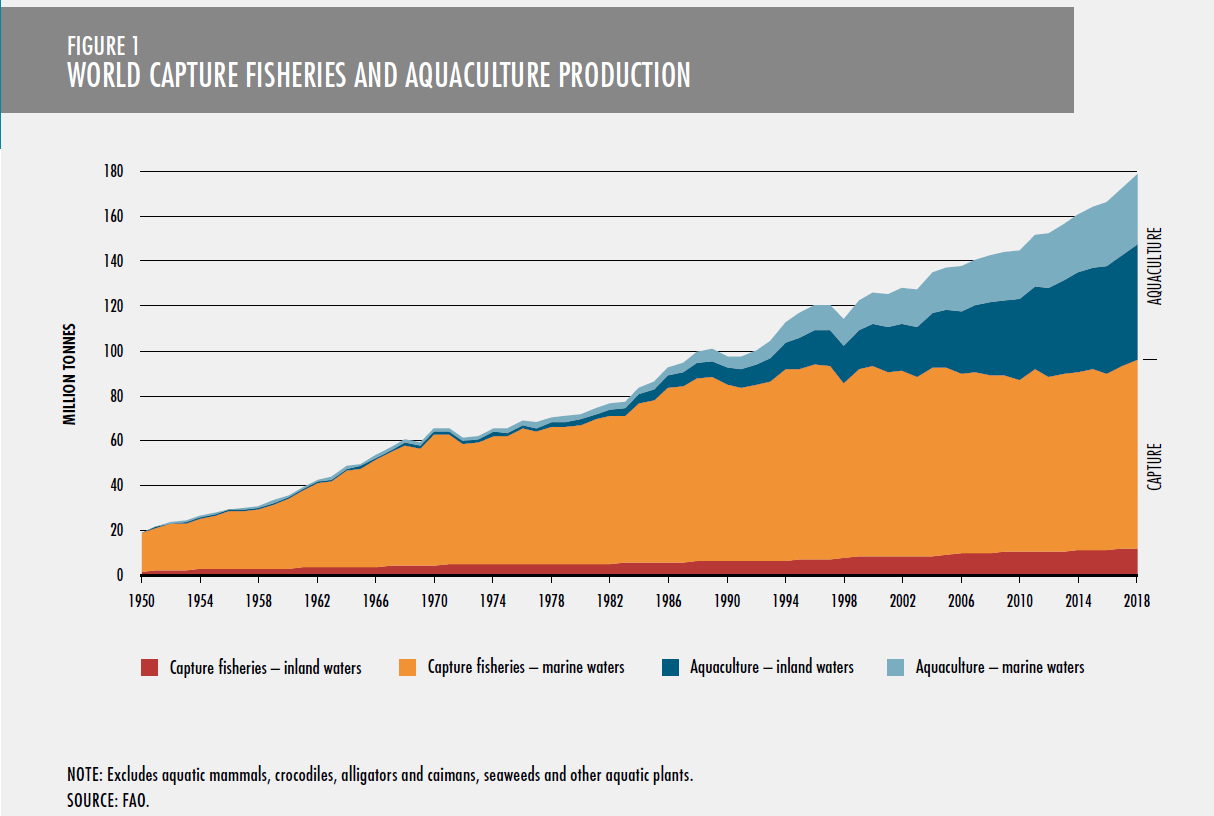 The levels of wild fish stock have been declining and are in need of better management, says FAO. The proportion of fish stocks that are within biologically sustainable levels decreased from 90 percent in 1974 to 65.8 percent in 2017 (a 1.1 percent decrease since 2015), with 59.6 percent classified as being maximally sustainably fished and 6.2 percent underfished.

In terms of tuna, combining its seven principal species, a total of 66.6 percent of stocks were fished at biologically sustainable levels in 2017, an increase of about 10 percent from 2015. In the table below, tuna is listed separately as it is a migratory fish. Three stocks have seen their status improve from unsustainable to sustainable, including Eastern and Western Pacific bigeye and Eastern Pacific yellowfin. 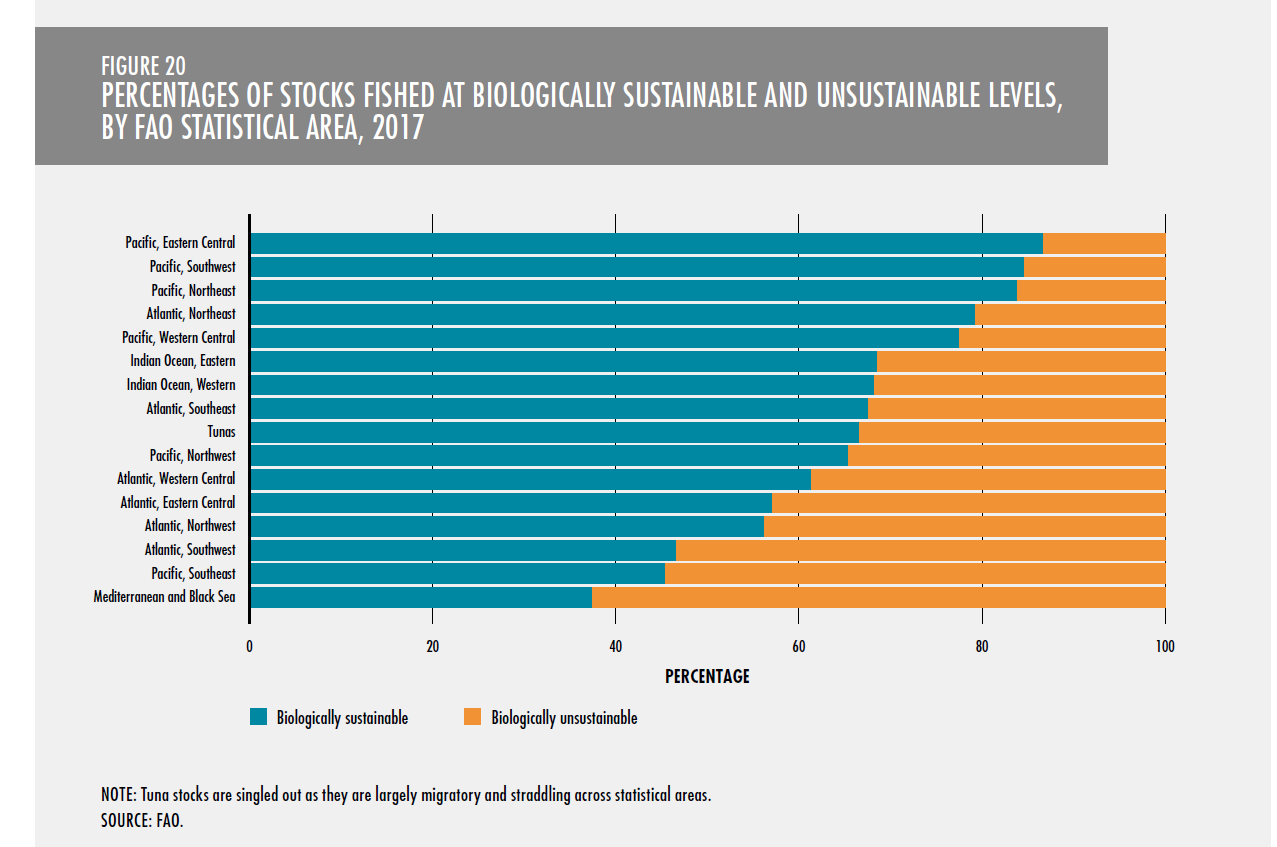 “In general, it is becoming increasingly clear that intensively managed fisheries have seen decreases in average fishing pressure and increases in average stock biomass, with many reaching or maintaining biologically sustainable levels, while fisheries with less-developed management systems are in poor shape,” stated FAO.

In response to the UN organization’s remarks regarding the sustainability of fisheries, the Marine Stewardship Council (MSC) cautioned that the world needs to accelerate the uptake of sustainable fisheries management globally.

“Over a third of fisheries are operating at unsustainable levels, with this trend continuing to worsen slightly. But there are encouraging signs. For species where effective management has been implemented, such as skipjack, Alaska pollock, and Atlantic cod, there have been improvements in stock recovery,” stated MSC CEO, Rupert Howes.

He added that what works is establishing science-based management regimes, ending harmful subsidies, effective harvest control rules, and clamping down on IUU fishing.

MSC’s call for increasing sustainable fisheries management is welcome but the organization needs to address a possible loophole in system – overlapping tonnages of sustainable tuna that can be harvested from the same area. Many tuna fisheries are certified in the same oceanic region such as in the WCPO where there are four MSC certified fisheries for both skipjack and yellowfin -- the PNA (free school), Tri Marine, WPSTA (FCF), and Dongwon Industries for purse seiners. But this area is known for having healthy tuna species across the board and this overlap might not have a great impact. But what about areas such as the Indian Ocean or the Atlantic where there are certain stocks which are in danger such as yellowfin in the former and bigeye in the latter? More thought needs to go into adressing this matter.

But what is essential is what FAO said, that in order to improve sustainable management, there is an urgent need to replicate and re-adapt successful policies and measures in the light of the realities of specific fisheries. To do this, it is imperative to focus on creating mechanisms that can effectively develop and implement policy and regulations in them with little management.