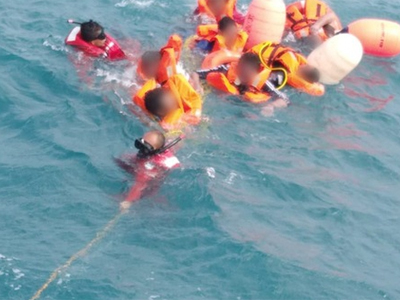 In a lucky turn of events, seven fishermen were rescued yesterday while adrift among ropes and drums in the Gulf of Mexico. The incident occurred after the tuna longliner they were on capsized and eventually sank. Local media identified the vessel as ‘Yellowfin,’ which according to ICCAT records is a 22.86 m longliner flagged to the US.

Mexican authorities were notified of the fishermen's disappearance by their families on Thursday after they failed to arrive at the Veracruz port as scheduled. After a couple of hours, officials found them several miles from the coast. They were transferred to the Naval Hospital for medical evaluation.